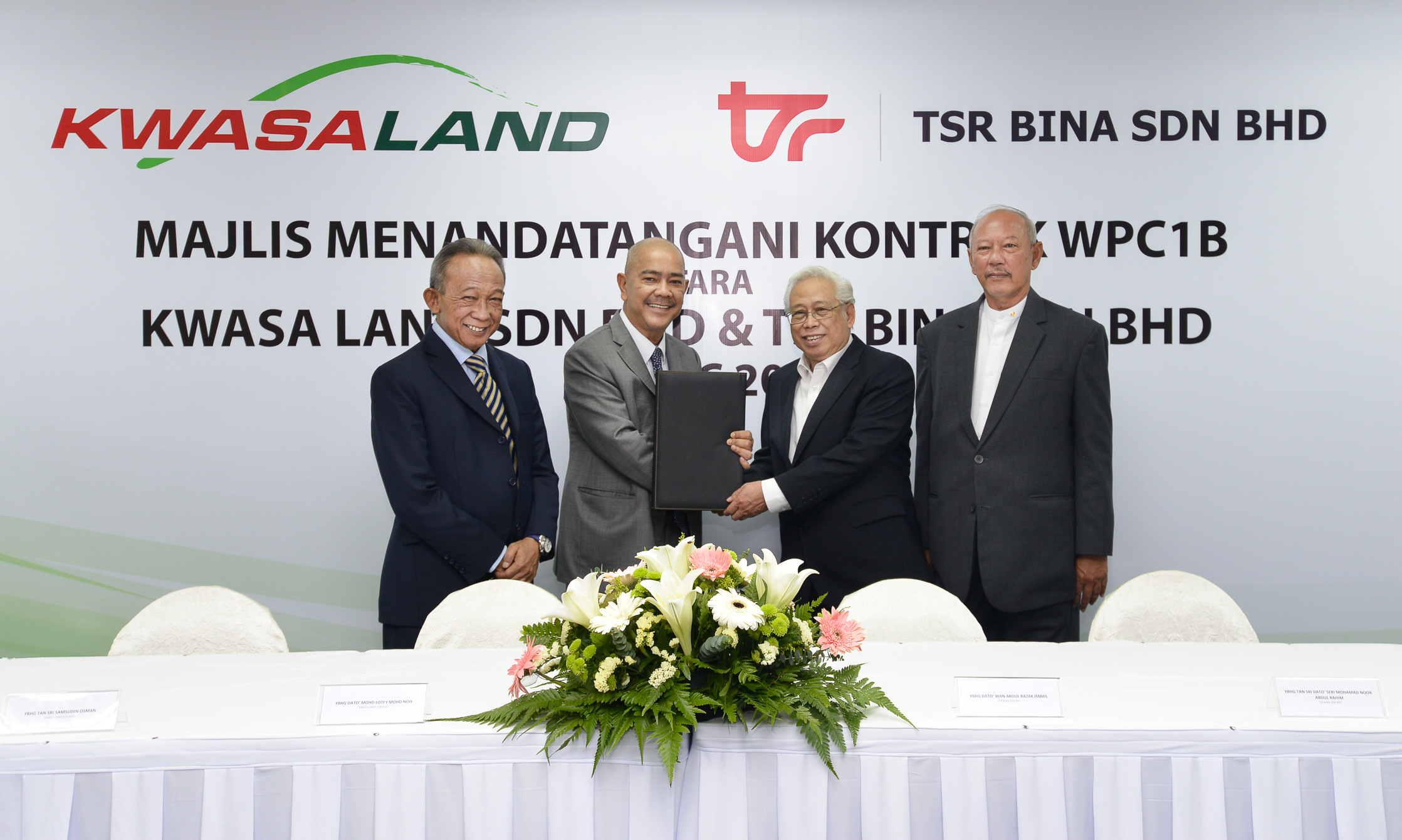 The award by Kwasa Land is for the construction and completion of common infrastructure works for work package contract WPC1B for the Kwasa Damansara township.

TSR Bina Sdn Bhd is an established civil engineering and construction company that has a track record spanning 25 years.

To date, this is the second infrastructure works awarded by Kwasa Land for its 2,330-acre Kwasa Damansara township. The first award ‘WPC1A’ valued at RM127 million was awarded to WCT Holdings Bhd in September 2015 which includes the construction and completion of common infrastructure works for a designated area within the vicinity of MX-1 (main town centre) and Kwasa Sentral MRT Station.

Kwasa Damansara, located in the vicinity of Kota Damansara and Petaling Jaya, is a mix of residential, commercial, recreational, institutional and educational developments which when ready, would serve a target population catchment of 150,000.

The designated township is surrounded by a huge and matured Damansara suburb; served by no less than four expressways, and the setting up of two MRT stations that will make public transportation a breeze for those seeking accessibility and connectivity.

This entry was posted in News. Bookmark the permalink.